Why 9 out of 10 fitness providers are part of MoveGB

MoveGB is now the UK's largest activity marketplace - with research showing that individuals who visit multiple venues and participate in a variety of activities are four times more likely to stay active than those who visit a single gym venue, MoveGB is filling the gap in the industry and providing the means for people to move in new ways.

With 300,00 users and over 5,500 physical activity providers, MoveGB were ranked number 3 in the Deloitte Technology Fast 50 2017 due to its large expansion and growth within the UK fitness industry. Our commitment to making fitness accessible and flexible through innovative ideas and technology has been embraced by consumers - our innovative new fitness concept has broken down barriers to fitness for thousands nationwide.

It has been an incredible journey and fantastic to be recognised by Deloitte's Technology Fast 50 - the only way is up! We've tripled the size of our partner team to support the expansion into new cities, such as Manchester, Sheffield and Plymouth, with plans to expand to further cities later in the year. Our focus is continuously on providing the best possible experience for both our members and partners, so we have invested in the growth in our product team to develop new features, so that partners can leverage even more from being part of the Move network.

Read on to see how by understanding consumer behaviour and collaborating with fitness providers have helped MoveGB revolutionise the UK's fitness industry, and combat problematic drop off rates.

Why 9 out of 10 fitness providers are part of MoveGB

It all comes down to consumer behaviour. We all know ‘retention’ is the biggest issue in the industry, we also know the precursor to retention is lack of attendance and that ‘re-join’ rates to the same provider are very low.
If we were to look simply at this trend you may conclude that someone joins a gym, loses motivation, stops attending and then never exercises again.
Of course that’s not what happens.
These people do exercise again. But most of these people ride the fitness trends from Zumba to boutique studios, or simply join a different operator. So if we think of this behaviour at an industry retention level, the major challenge is to reduce the time the consumer is not exercising and paying a provider of fitness services.
Imagine it like an oscillating cycle where the ‘pits’ are long and the industry is getting no funds.

"The income generated from MoveGB customers has been outstanding. Highly recommended for any company looking to become a partner"

What we need to do is remove these ‘pits’, so when the consumer loses motivation or gets attracted by the latest craze they don’t have to go through the difficult and definite decision to cancel a membership with one provider. Or potentially feel wary of signing up to another fitness provider due to losing money from low attendance.  Instead, they can seamlessly check out new trends with no commitment to cancelling or joining and continue their fitness journey.

This means that all providers benefit from a share of wallet. Habits aren’t broken and the lifetime value is much higher with a ‘Mover' or a 'variety customer’ than direct customers. 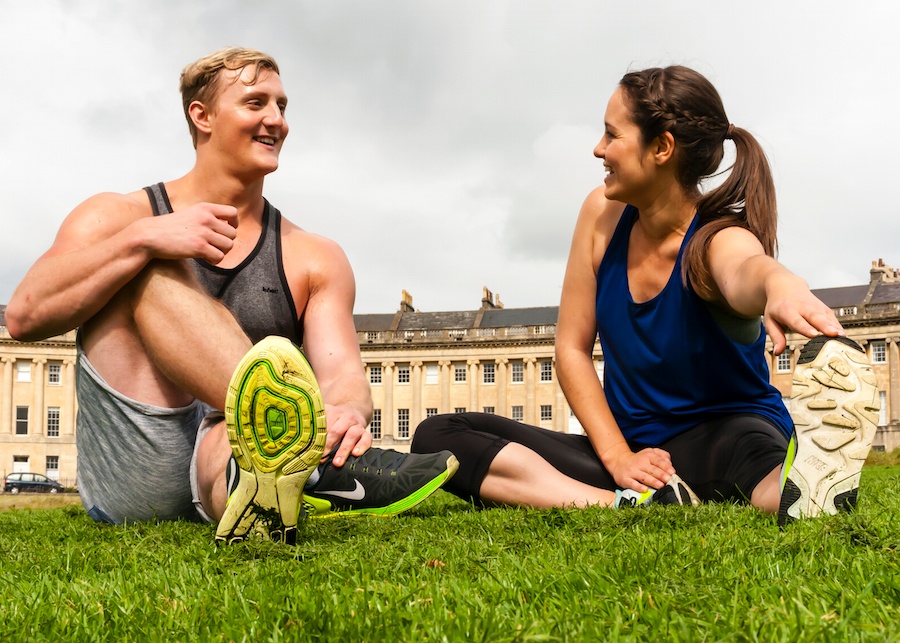 Direct customers who suffer a lot of friction mentally and - in some cases - physically when trying to cancel or join new providers. Research has shown that an individual who uses two providers is twice as likely to still be active 12 months later than a single venue user. And those who use three or more providers across their city are four times more likely to be active 12 months later.

"Wow - you guys are amazing. I'm seriously overloaded with MoveGB requests for my hula-hooping class!

I could fill my class twice with the amount of customers you are sending me - I actually have to turn away as many as I can take. Thanks so so much. I was on the verge of scrapping this class after three years of it never quite getting going, but this was the breath of fresh air it needed. "
Nick Broyd Hoop - Hamilton House, Bristol

If all operators in the network work together to keep people active for life, this in turn increases the size of the active market... as the saying goes, ‘a rising tide lifts all boats’.

If we come together in large collaborations to bring about a revolution in the fitness industry, like how Bristol has, we'll create a booming fitness scene for all involved. From small niche studios to large traditional operators, everyone gets an increased share of the growing consumer spend on their health and happiness.

Alister is passionate about growing the health and fitness industry and making it easier for people to live a healthy, happy life. He is the founder and CEO of Move and has spent his entire career in the industry, previously being the founder and CEO of The Retention People (the leading provider of loyalty and member experience solutions). As one of the world leading authorities on fitness customer behaviour and trends, he is always exploring the latest innovations to bring to the sector.